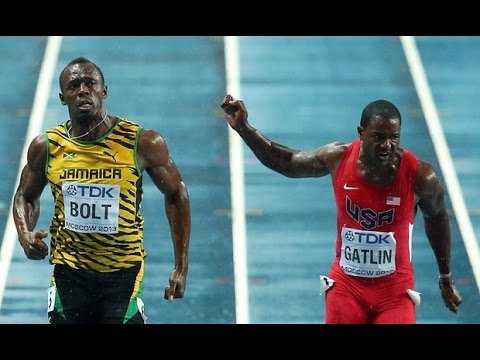 Surely not again? Jamaica’s favourite bad guy Justin Gatlin is currently in another drugs scandal. By now I can imagine you are saying “yea man, me know him couldn’t beat Bolt for real” haha. Well, this time it is a little bit different because he hasn’t been caught taking anything but his coach and agent are the culprits. The two men at the centre of the scandal are Dennis Mitchell and Robert Wagner.

The two men were caught on camera offering to sell performance-enhancing drugs to a fake agent, who was acting as a buyer for a Hollywood actor. These type of “stings” are very common in the US and Europe and was done by undercover journalists. Undercover Bust Story Link

The recordings did not involve Justin Gatlin but due to his past “mishaps”, he is naturally being dragged into it. The two men are the two closest people to him in his career, it would beg the question how can his coach and agent be selling and distributing steroids but he doesn’t know about it. Is that possible? yes, it is but is also unlikely. Let’s be clear again, Justin Gatlin has not been caught doing anything wrong, so Jamaicans please hold off on the celebrations.

This couldn’t come at a worst time for Justin Gatlin as he was just starting to get some respect from Caribbean people. After his last victory in London, people were actually giving him credit for his perseverance to keep on trying despite all the hate he was (rightfully) getting.

this is not good for anybody

As much as we love to take shots at Gatlin and make fun of the fact that Usain dominated him like a Honda RR bike vs a Yeng Yeng for so many years, this is a bad look for everybody. The last thing track and field needs is continued drug scandals. It makes the sport lose credibility and it drives away fans who want to see a fair sport. It’s hard to feel sorry for Gatlin but this one time, I am rooting that he isn’t cheating, for the sake of the sport.

50 Cent And 6ix9ine Get The Strap Video Set Shot Up