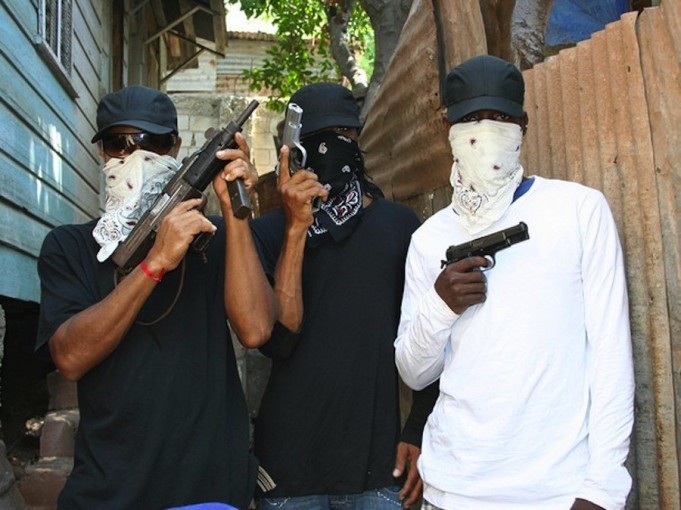 Apparently, the gangs that have been causing havoc in Mountain View have agreed to a peace treaty Observer Story Here . People are calling it a success but is this really a good look? I mean in the short term it’s good because the violence stops temporarily and residents can walk the streets feeling safer(clearly a big positive). But what kind of message does this send to the population of Jamaica?

gangs get to pick and choose when they want to war

I don’t know but I don’t think criminals deciding when to start and stop fighting is the sign of a stable democratic nation. That is how Banana Republics and failed states operate. These gangs have been fighting for months and the Police/Government could not stop it. They then call a truce and the local MP turns up to take some pictures and act like this is a success? the whole thing looks bad.

This is like a child coming home at 10 PM from school every night, parents tell them to come earlier and they still keep coming at 10 PM. One day, the child decides to come home at 4 PM and now parent wants a pat on the back? Na doesn’t work like that. What happens when child want bad again? These gangs still have their guns, still have their differences, so it’s a matter of when they start again, not if.

If shaking hands could resolve the beef in Mountain View it would have been resolved a long time ago. Listen, if the Security forces cannot stop a couple armed men in a small community, Lord help us if we are attacked by a foreign nation. I know the gangs are well armed but surely not better than the Police force? if that is the case then we cannot be taken seriously as a sovereign, independent country.

The message is clear, if gangs decide to wreak havoc in any area in Jamaica, they will have to come to their own truce. They cannot be crushed by the forces that are paid to protect us. They cannot be made to do anything, they are the bad pickney that just has to decide to behave and come home on time. Yea, that’s very reassuring………..

Lionel Messi Is Not A Big Game Player like Ronaldo