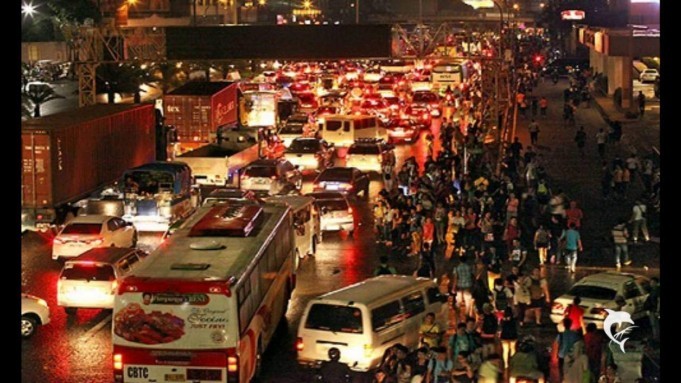 People who had flights on New Years Day were in for a huge surprise when they arrived on Palisadoes road. The traffic was at a complete standstill and nobody could move in either direction. You could see the line of brake lights all the way from Waterfront, Downtown. Some flights were delayed to give the passengers some time to arrive but they eventually had to get left behind.The popular “Sandz” party was being crucified all over social media by angry people who missed their flights.

Upon further investigation, it turns out that the promoters did do all the correct planning in terms of getting permits and security but the patrons were being unruly. The Observer reported that there were people who chose to just park where they felt like. This will not come as a surprise to anyone as it’s not like us Jamaicans are known for being orderly and discipline. The level of selfishness that happens at these public events is embarrassing even by our low standards. As long as someone get a good parking spot, they don’t care about who and what they are blocking. These same people then curse children for being rude and indisciplined, hmmm I wonder who they learned it from?

The commissioner of Police and the Minister of Security are now asking questions and want someone to be held accountable. What are they going to do? arrest the whole nation hahaha come on man, the only way that party could end well is if it was hosting responsible, orderly adults. There is no way my fellow countrymen and women could pull it off and the fact the Police think it was possible reflects poorly on them. Have they never seen what happens at bus stops and pedestrian crossings? now multiply that times 100 and that is what would get over at Sandz.

Of course, some will call for the heads of the promoters but it is the Police who gave the permits. They are the professionals who made the final decisions that sanctioned this chaos. Were there enough officers to manage the crowd? were there separation of the Sandz crowd and the airport crowd? surely they were not hoping the people would just be orderly? a alot of questions with so few answers. Let’s see how this one plays out.

It’s Real Simple, if You Are Not Jamaican You Cannot Hold Political Office

Adrien Broner Is Not An Elite Fighter