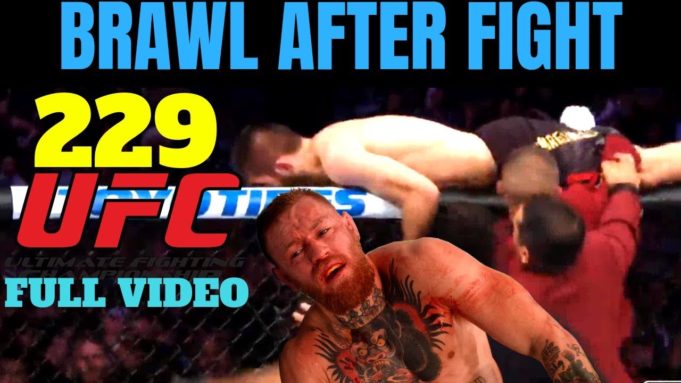 Here is the video of UFC Champion Khabib Nurmagomedov jumping out of the Octagon ring to fight members of Conor Mcgregor’s camp.

The fight between Khabib and Conor ended with the Russian beating the Irishman into submission on UFC 229.

That would not be the end of it however as the fight ended, Khabib went on a rampage against Mcgregor’s team. His friends also attacked Mcgregor inside the octagon and had to be arrested and taken away by Police.

At the post-fight press conference, the Russian said that Conor disrespected his religion, family and country. He argues that people are ignoring the things that Conor Mcgregor did in the build-up to the fight, including attacking a bus in a huge brawl.

Ninja Man Back In Jail, Murder Trial About To Start