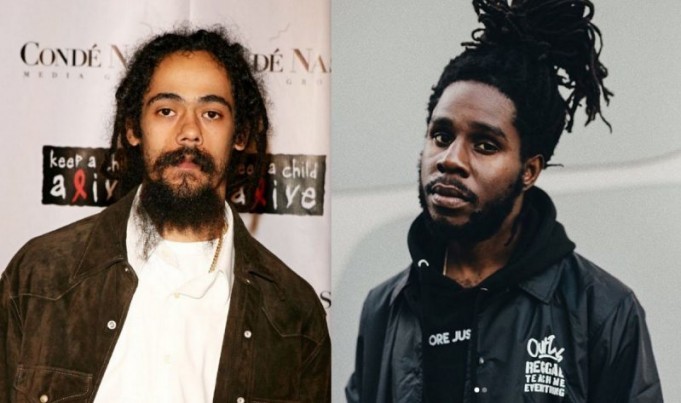 Damien Marley is better than Chronixx on Monday, Tuesday, Wednesday, Thursday, Friday, Saturday and Sunday. If you create an 8th day, he is still better than him on that day too. Everyone I have spoken to so far that claims that “Chronology” was better than “Stony Hill” has failed one simple test; name 5 songs off each album off the top of your head. They can only name the popular hits.

It’s one thing if you got both albums, listened to them and then came to the conclusion that Chronixx’s album was better. Most of the people who are claiming Chronixx got robbed did not buy Chronixx album, facts. If they did his album sales would be in the hundreds of thousands and not the couple thousands he shipped. Since you love him so much, why didn’t you support him?

Reggae/dancehall fans are well known for having short-term memory issues. Always quick to forget just how great someone’s catalogue is because another artiste is currently “hot”. Chronixx is “hotter” than Damian Marley, hard to dispute that as the song “Likes” is one of the biggest songs in circulation now. The Grammy was not for the biggest song of the year if that was the case then Vybz Kartel, Mavado and Alkaline would have multiple Grammies hanging up on their shelves.

Production, mixing, creative use of samples etc. are things that Grammy voters look for. These things don’t get much attention from most Jamaican Artistes, we just look for a nice “riddim” and catchy lyrics. That is why someone like Gully Bop can be the hottest Deejay in Jamaica(remember that) but no music committee would ever consider his music for an award.

The Marley’s are experts at making music production

Stephen Marley is one of the best music producers out there, across any genre. He knows exactly what works globally, not just in the nightclubs in Jamaica. Listen to their albums and you will hear instruments and samples that only a few local producers can match. he is an elite producer like Dave Kelly, King Jammies and those kinds of legends.

Chronology was a bunch of songs, Stony Hill was a cohesive album

When the Grammy committee is listening to an album and deciding who should win it, they are not taking into consideration who people like now or who is hot. They are judging a body a cohesive body of work. Chronixx album like most Dancehall Artiste album is a bunch of popular songs put together and called an album. Stony Hill was a concept brought to life, it told a story from start to finish.

Jr Gong is on a different level

Songs like “everybody wants to be somebody” and “slave mil” shows that Damien Marley is on a whole different level to most artists and that is from any genre. The collab album he made with Nas called “Distant Cousins” showed the world that Jr Gong is truly an elite star and not just living off his father’s last name. He went toe to toe with one of the greatest lyricists in music and held his own. A matter fact, he outshined him on several tracks on the album with “patience” being the highlight.

some of the marley children live off the name, damien marley is not one

Listen, I get it. Some of the Marley children are not that talented, that is a fact. Damien Marley is not one of them and to even pretend like “it’s only because he is a Marley” is total nonsense.Chronixx can only hope to become as good as Damien Marley on the mic one day, if the people who are crying that he got robbed actually bought and listened to albums they would know that too.

Don’t get caught up in the hype, Chronixx is super talented and has the potential to become elite but he isn’t there yet. He has no classic albums like “Welcome To Jamrock”, Sizzla’s “Black Woman and Child” or IWayne’s “Lava Ground” so this attempt to paint him as a legend is laughable.

Using Chronixx’s own logic he did not deserve to win the Grammy. In his song “Likes” he told smaller local entertainers that they are only big locally. “A Gentleman me hear a play a Finland”, well guess what? Damien Marley is bigger globally than Chronixx so he shouldn’t feel anyway if he loses the Grammy to him.

split justice and be fair

Ask Bounty Killer, Beenie Man, Nas, Jay-Z, a matter of fact ask any great artiste you can think of about Damien Marley and how highly they rate him. “Some of the smartest dummies can’t read the language of Egyptian mummies”, the man is a lyrical wordsmith and should have some respect put on his first name not his last. It’s not his fault that his father is one of the greatest stars to ever walk the earth. He can only make his own lane and he has done that.

Trying to belittle his work to “just because he is a Marley” is typical of people who have never achieved anything of their own. The Marley last name helped him through some doors, no doubt but we can still listen and come to our own conclusions on how good he really is. You can have your own opinion and think that Chronixx’s album deserved the Grammy, you can even believe that he is a better artiste than Damien Marley, no problem. To reduce his achievements as “just cause he is a Marley” is where I stop taking you seriously.