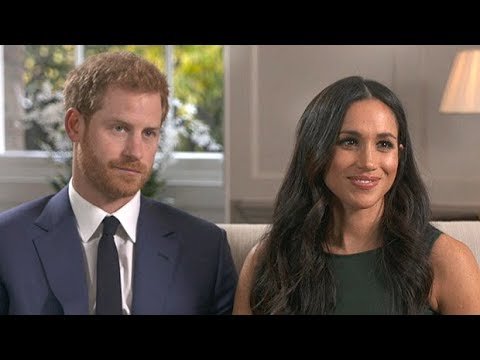 This is beyond a joke, all of a sudden the British Royal Family is the darling of the former colonies. I mean, the usual rhetoric is that the British Monarchy is some sort of evil institution that stole all Africa’s wealth. We have all heard the stories about how they are not be trusted and we should avoid them like the plague. Prince Harry has blown that out the water evidently.

hate the club until you can get in

Now that Prince Harry has been engaged to Meghan Markle Details here if you care the same “pro blacks” are jumping for joy. The memes on social media are all positive and the majority of comments are overwhelmingly in support of this future union.

congrats to them, but seriously?

Now, of course, it would be foolish and ignorant to be mad at two people who want to spend the rest of their life together. I wish them lots of love and happiness like any other couple. The people who are being called out in this article are the pseudo-revolutionaries that continue to have a say in the black community. As a young black youth, all you hear is how bad the British Royal family is and how they should not even exist in this modern day and age.

this proves who values who

Then one of them decides he likes a girl who is part black and suddenly they are welcomed with open arms. The women especially are bubbling with joy, it’s almost like they are the ones who are getting married to Prince Harry and they are living vicariously through Meghan Markle. The fact that a “royal” would date a part black woman seems to have shocked alot of black women, this shows how much they value themselves. You think white women are surprised to get any black man? nope, could be the King of Kings and Lord of Lords.

so Prince Harry isn’t a sellout or colour struck LOL?

It’s always puzzled me how someone who is half white and half black is rejected completely by their white side but claimed by their black side. Isn’t mixed race an official title? it’s like their white parent no longer exists and disappears into the ether. What is funny is that if a black man dates a mixed woman, he is criticised for being “colour struck”. A black man who married a white woman is told he “hates his mother”, so does Prince Harry hates his mother? after all, he isn’t marrying a white woman that looks like her. This is your logic, not mine, I am just curious.

I took a quick look over on some more “extreme” Instagram pages to see their reactions and the difference was interesting. They seemed shocked and disgusted that a member of the British Royal Family would get engaged to a non-white woman, but black pages were celebrating it. This demonstrates who values whose companionship more. To one group, it is a sense of pride, the other sees it as a downgrade. Interesting.

This engagement has exposed alot of “warriors” for what they always were. The people who are upset because they couldn’t get in the club, but once the club door opens they love it again. You are frauds, you don’t care about anything that about black history or any wrongs that the British Royal Family has done to our ancestors. You were just mad you could not be apart of it. Now that that door has been kinda opened, you throw off your dashiki and put on your tailcoat.

You’re like the guy who wants a girl, she rejects him so he says she is ugly. Then when she gives him some attention he jumps at the chance to talk to her. Well done Harry, in one move you made people show their true colours. The “militant pro-black” community never really hated the British Royal family, they were just mad they got no love or attention from them.