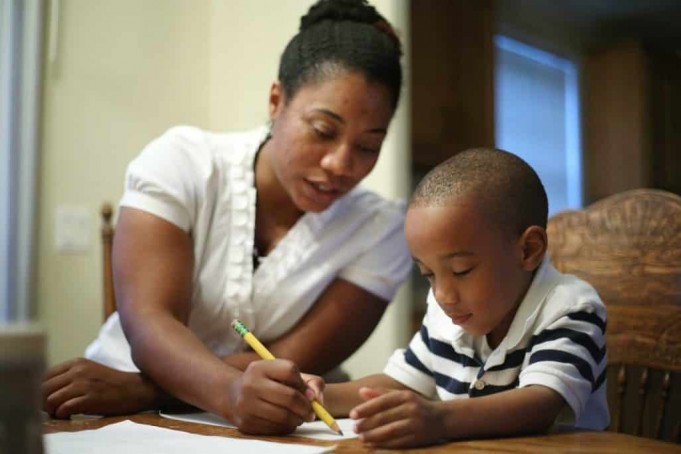 North, south, east and west! single mothers as far as the eye can see. It’s almost as if Jamaican women can make babies by themselves **scratches imaginary beard**. What exactly is behind this phenomenon? are Jamaican men that bad or is it a case where the women are that careless? maybe a combination of both…

Using anecdotal evidence(from people I can see around me) there is a very casual attitude towards making a child. “Breeding” is treated like a casual event, one that just happens and you can’t control it so when it happens just deal with it. It is also seen as a right of passage, as a man isn’t a “gallis” unless he has a bunch of random baby mothers. There also is a lot of anancy stories surrounding how the pregnancy occurred, it’s time to address some of these myths.

9 times out of 10 this story is a lie. Both men and women use this one, even though in 2018 there are simply too many ways to prevent pregnancy even if the condom did break. Are Jamaican condoms weaker than the ones sold in other countries? must be from what we hear. Somehow we have the highest rate of people whose condoms burst and the plan b also failed. amazing.

Another famous anancy story. Truth is most were just in a sexual relationship and nothing more. matter of fact, a lot of single mothers were the “matey” who just so happen to “breed” and the man decide he isn’t leaving his original family. If you get pregnant with a man that you are not even living with and then end up being a single mother, you need to start the blame with the person in the mirror. You can get mad at me but that’s facts and common sense.

* He said he would leave his wife and be with me

Do I really have to talk about how common and stupid this one is? A lot of single mothers baby fathers have a wifey. Facts.

Now for the men’s most common anancy stories

* She said she was on the pill

Congratulations dumbo, you played yourself. This is the oldest trick in the book, if a woman doesn’t want to get pregnant you don’t even have to ask her about contraception. She tricked you and now you realize you are stuck with a woman you didn’t love or care about. You then take the coward choice and abandon her and the kid, all because you let your penis rule your brain.

* I told her I didn’t want any kids

Ok, but you still had unprotected sex with her so what are you crying about? that’s like jumping off a bridge and saying ” I told the ground I didn’t want a broken leg”. Silly Billy.

no prosperous society/community has a high single mother rate

This is just from people in my community, family, ex-schoolmates etc. maybe, I just happen to know a lot of brother and sister anancies but I doubt that. Some Jamaican women love to brag how they are that good that the man who they only know for 2 weeks says he wants to “breed” them. Then when they are added to the list of baby mothers who barely get anything, they start crying and looking for sympathy. Go tell your sad story to Oprah sis.

A man who wants to get laid will say anything in the heat of the moment, it is up to you as the woman to protect yourself. You will carry the child, feel the pain and will have to drop out of school or work to babysit the newborn baby.

I am not even going to preach about the fact that people shouldn’t really have babies unless they are married because a lot of married men have outside children anyway. We know right from wrong but still, choose to do wrong. This is why the emphasis should be on the woman to lay down the ground rules. Too many of them get pregnant for men just because they are “getting a ting” in the short term. Chances are you won’t be getting anything when you get pregnant because that man’s resources are already stretched trying to feed his kids at home.

This post is not to judge but to highlight a serious issue we are faced with. A lot of Jamaica’s problems stem from kids that grew up in single-parent homes with a poor mother. These children have to overcome great odds to succeed in life, all because their parents couldn’t exercise some self-control. Unfortunately, when the topic comes up women get defensive and start the Anancy stories instead of being truthful and learn from the past. My aunt worked at Jubilee and she would tell us so many stories about women who only knew their baby father’s name after they got pregnant. True Story.

No doubt there are circumstances where women were in committed relationships and the man walked out on them, but that does not account for the majority and sheer amount of single mothers in Jamaica. We must change this with the next generation, so they do not repeat our mistakes.

** For all the people who love to say other countries do that too, please have a seat. This is about jamaica and issues we are facing**