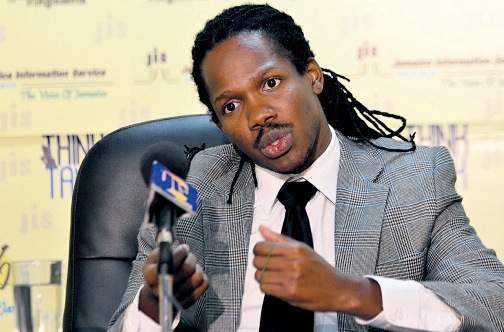 It’s easy to look like a great sprinter if you are racing against Humpty Dumpty. Damion Crawford has come out claiming the entertainment zone location is great, it’s the Government’s fault for what happened on New Year’s Day. Like most of his peers, he seems to get caught up in his own hype and struggles to see how any idea, no matter how good can be improved and made better. It’s a shame because he seems to have potential as he isn’t as clueless as some of the people who have sat in Gordon House and dictate policy.

palisadoes is the only way to the airport, that alone makes the entertainment zone a disaster waiting to happen

An entertainment zone is a good idea, that is not the issue here. A designated location away from residential areas, where events like Sandz can be held is beneficial not only to promoters and party goers but to the country as a whole. What is not a good idea is to put it across the Palisadoes because there is only one way to get to the Norman Manley international Aiport and that is on the Palisadoes road.

Let’s think of the best case scenario; The partygoers board buses(lots of them) from Downtown and start heading to the entertainment zone. What happens if one of those buses have an accident on the Palisadoes road? the road will need to be shut down again right? even if you can get one lane open imagine the traffic that would build up. That is the fundamental flaw in using such a fragile, risky and important road like Palisadoes. The last thing the stretch of road need is more vehicles on it.

great leaders are proactive, not reactive

How many times have you been heading home and see some crime scene or accident on the road? there is immediately a huge traffic build up and this is with the option to detour through other streets. Now imagine when there is no detour and water on both sides of the road. Palisadoes road is not Constant Spring Road, it has no shortcuts, no lanes, no avenues, nothing. It is the only way for people to get to and from the airport and we are going to send hundreds, maybe thousands of people to use it?

This should be common sense but as usual, something bad has to happen before Politicians can make changes. Even when something happens, they still come out and exonerate themselves and place blame at someone else’s feet anyway. If these leaders a lot of you love to hype up were worth their salaries, they would have already agreed that this location is bad but the idea of the entertainment zone is good. They would have said, OK now we see what can happen we are going to start looking for alternative locations.

do not block the fire exit

Those of you who work and live in buildings that have fire exits will know the first rule is do not do anything that could potentially block the exit. No Fire Marshall will tolerate any excuses as they are always thinking about the potential consequences. They will not tolerate any wishful thinking like; yea but what are the odds there will be a fire? or if there is a fire we can get it under control in time. That is how the Palisadoes Road should be treated, like a fire exit.

this is bigger than pnp and jlp

The New Year’s Day calamity was an embarrassment for the entire country. It made us look like a bunch of clowns on the international stage. It made us look like amateurs who a just “try a ting” with this nation building thing. It made the people who claim we don’t know how to run a country ourselves feel reassured in their beliefs. Other countries key infrastructure gets cut off because of natural disasters or wars, ours was cut off because of a party.

The current JLP government is not immune to blame for all of this as they are the sitting government and automatically this embarrassment rubs egg all over their faces. The greater point is that the location is fundamentally flawed and the result would have been no different if the PNP was in power. The same pothole that blows out your tyre under JLP leadership is the same one you drop in and blow your tyre under the PNP. That is because the pothole and the fact that isn’t repaired is the root cause of your tyre blowing out.

Notice I haven’t even addressed the indiscipline of the patrons in this post? that is because that is nothing new and it is not the root cause of the pileup on Palisadoes. The same bad behaviour happens at the National Stadium every year during Champs, but there are lots of ways to get to the Stadium and Champs is not on the same level of importance as the airport. The same way parents have to plan for their bad pickney, it’s the same way promoters have to plan for their patrons. What they thought people who urinate and spit anywhere they feel like was going to respect the road rules for Palisadoes? especially when alcohol and excitement are taken into account. No chance.

Best Islands In The Caribbean To Visit