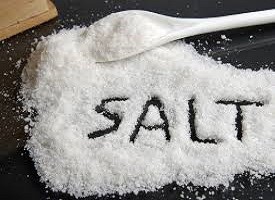 Jamaicans say “puss and dog, don’t have the same luck”. The man they call “Sugar” Shane Alexis turned out to be quite salt in the end. In the battle of the Drs, he was beaten by the JLP candidate Dr Norman Dunn who received 8,176 votes compared to Dr Alexis’ 7,230.

For those of you who are familiar with boxing, you would instantly notice that the moniker “Sugar Shane” actually comes from the boxer Sugar Shane Mosely. He is a former world champion boxer who had a lethal right hand in the boxing ring. The Jamaican Sugar Shane didn’t seem to have his jabs and uppercuts landing as Norman Dunn was the one who delivered the knockout blow in their contest.

There was alot of controversy surrounding the campaign as the PNP candidate was accused of not being a “Real Jamaican”. I am not sure why this is even worth debating as surely, he would just produce his passport or birth certificate no? To make things worse, it took outsiders to reveal this matter to the public.

The PNP should have released the news themselves, then they would come across as genuine and trustworthy. When you let your rivals release it first, now you are on the backfoot. Everything you say looks like a lie, as you had to be exposed before you spoke on the matter. This is a recurring theme with political parties in Jamaica, they are so used to Jamaicans being “dunce and fool fool” that they still can’t see that the Island is waking up to their tricks.

The reason for Dr Alexis losing is not completely down to his supposed Jamaicanness or lack thereof. To argue this is to do a great disservice to Norman Dunn, who ran a better campaign and clearly learned from his narrow defeat to the late PNP candidate that beat him last election. His supporters will tell you the election was a “dunn deal”.

This result should not be taken lightly. The argument that the JLP is hanging on is utter nonsense, this campaign proved it. If the PNP does not wake up and smell the coffee, they will get slaughtered in the next election. As mentioned before, the Jamaican people are getting wiser now, they are not as easily tricked like before. They are asking questions and slowly but surely demanding accountability. Long may it continue.