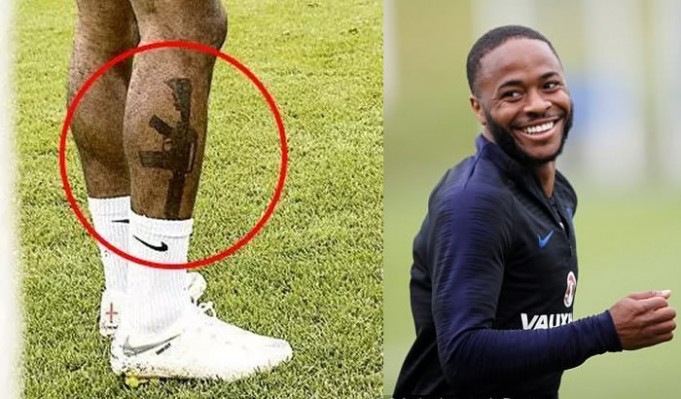 Manchester City player Raheem Sterling is being heavily criticised for his new gun tattoo on his right leg.

The forward turned up for England training with the new tattoo on display and it rubbed people the wrong way.

Piers Morgan was one of the first to get upset and emotional. He went on a long back and forth with Gary Lineker about whether this tattoo is appropriate for an England footballer.

Get that gun off his leg. https://t.co/aq2LeaAIoK

Raheem Sterling was not very apologetic about his tattoo and even posted a clear pic of it for everyone to see.

When you’re training and realised you ain’t post on the gram in couple days.📸

Sterling also posted that his father was killed by gun violence when he was a baby. He says this was done as a memory to him and the image is not yet complete.

What Sterling did was to underestimate how fast the media and public can turn against you. He just played a key role in a successful Manchester City season and he was starting to get some praise for his football.

To make things worse, Mothers against guns have come out and condemned him. Lucy Cope is calling for him to be dropped from the England team until the tattoo is removed.

Of course, this is ridiculous and will not happen. She lost her son to gun violence and thinks that Sterling is now a part of the problem. 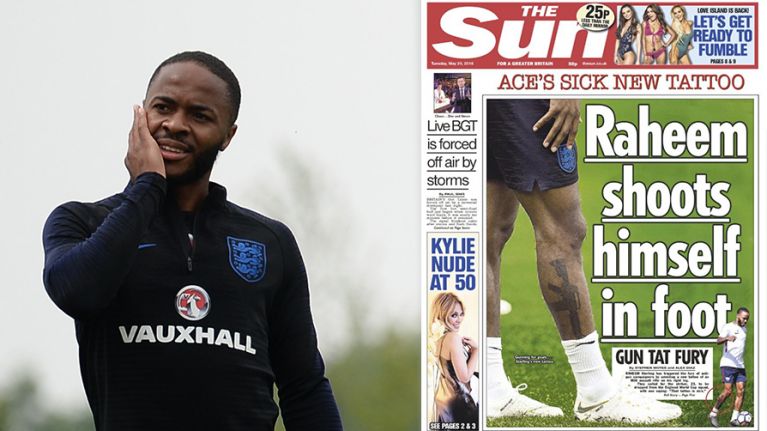 Lucy Cope is one of those mothers who think their son was an innocent little saint. He did nothing wrong and died because the world is just unfair.

What happened to her son was sad but let’s be honest, nobody cares about Ms Cope’s opinion on who should not be playing for England.

The FA has already gotten involved and supported Sterling. Gary Lineker has also backed up the Jamaican born player on Twitter.

Unique to this country to attempt to destroy our players morale before a major tournament. It’s weird, unpatriotic and sad. https://t.co/vCfVTm9w0r

He’s a terrific footballer with a brilliant work ethic. This persecution is disgusting. https://t.co/bx3JArBt1L

Piers Morgan and his bleeding hearts liberal mindset was always going to come after sterling. Now he is part of the reason that London is experiencing so much crime.

Lunch Money Does Not Make You A Great Parent