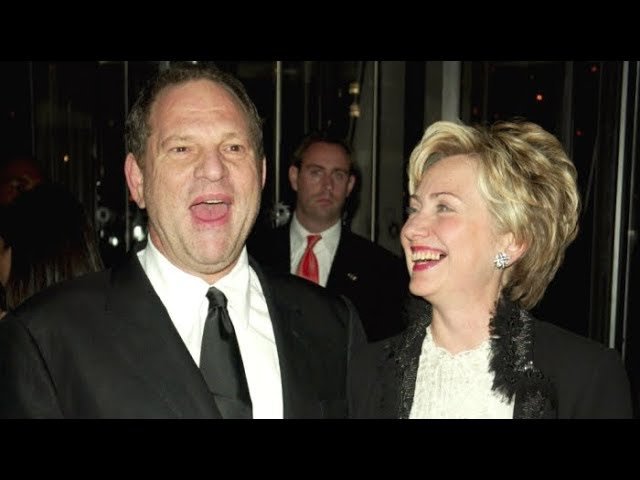 All that glitters on the big screen isn’t gold. Now that Harvey Weinstein is being outed in the media, all of a sudden everybody has something to say about the sexual deviancy that goes on in the industry. All your favourite actors and actresses donning their Superhero capes, ready to save us all from this one evil monster called Harvey Weinstein. Don’t worry world, we will save you! Just like in the movies I suppose.

Of course, we all know this is a scam. Sorry let me correct myself, those of us with any common sense knows this is a scam. There is no way Harvey Weinstein carried out these acts for all these years and none of his celebrity buddies knew about it. It’s not like alot of the information wasn’t already available to every joe blow with a computer. Yet, we are to believe that people who work with the guy on a day to day basis knew nothing.

They all went to guy’s parties, ate his food and drunk from his champagne glasses. Barrack Obama himself sent his daughter to do an internship with the guy. You mean to tell me, the president with all his resources could not find out alot of the things that were being said about this guy? I mean surely he wouldn’t ignore this because Harvey Weinstein is a major DemocraticDonations Details Here donor . The guy visited the White House 13 times!

The rumours about celebrities being “forced” to do sexual acts for roles in Hollywood has been around for a long time, but they were always dismissed as conspiracy theories before. Stories about men and women being apart of sexual rituals with old, creepy executives used to get laughed at as pure nonsense. Well, nobody is laughing now because it is not far-fetched.

Hollywood is the hometown of debauchery so anything is possible there. What is most annoying is how these overnight do-gooder celebrities think they can insult our intelligence by acting like they had no idea these sort of things were happening when they probably took part in it themselves. The saying goes “the prettiest people do the ugliest things”, that is even more real in Hollywood. Then again, how can we be surprised that people who ACT for a living, turn out to be frauds in real life?

Harvey Weinstein is your typical modern day rich liberal celebrity; as real as a Ferrari that was made in Syria. The guy would constantly go on his ‘charity’ crusades to help women and all the other groups that apparently cannot survive without good ole Harvey’s kindness. Understand this, men who run around claiming to help women by treating them like weak, defenceless babies are the real sexists amongst us. It is because they DON’T see women as equal why they preach this rhetoric about how much they love to help women.

Harvey Weinstein is your typical rich liberal celebrity; as real as a Ferrari that was made in Syria

Did we forget to mention his buddy-buddy relationship with Hillary Clinton? it took her over a week to condemn the guy after the news broke. He donated serious cash to her ‘charity’ over the course of many years, I wonder if that had anything to do with it **scratches chin** Na, surely not! after all, Hillary Clinton is one of the good guys right? or in this case good girl :). Well, that’s what we keep hearing as she was turned into a poor little victim who got robbed by Trump and the Russians. So Harvey Weinstein was donating money to her, to help the vulnerable of this world, while taking advantage of said people? This really is the kind of stuff you see in Hollywood Films. Harvey Weinstein and Hillary Clinton Relationship Details

It is only a matter of time before we start hearing about paedophile rings being exposed in Hollywood. Just basic research shows you just how many have already been linked to such acts, having sex with underage girls, date rape all kinds of pervertedness. See this is why they declare themselves liberals and stay close to politicians. How can you face the law, when you are friends with the lawmakers? Regular people get thrown behind bars for much less because they don’t have the connections or resources to defend themselves. It must be nice to able to make things ‘go away’ and not have to live with consequences. Harvey Weinstein is a symptom, Hollywood’s culture is the real disease.

Now sit back, relax and enjoy the circus. Watch as your favourite stars come out and tell you how appaled and disgusted they are. Listen as they tell you how this is not acceptable and it should be condemned. What they won’t tell you is that they had no problem with it as long as they could get $20 million for a movie, as long as they were getting invited to the hottest and most exclusive parties. Harvey Weinstein clearly fell out with the wrong people and they decided he cannot help them anymore. His time was up and he is being discarded like garbage, good riddance. What needs to be done now is a full clean up of that twisted and perverted industry that has so much influence over pop culture and people’s habits.

The Man Who Started The Loom Scam Has Been Killed