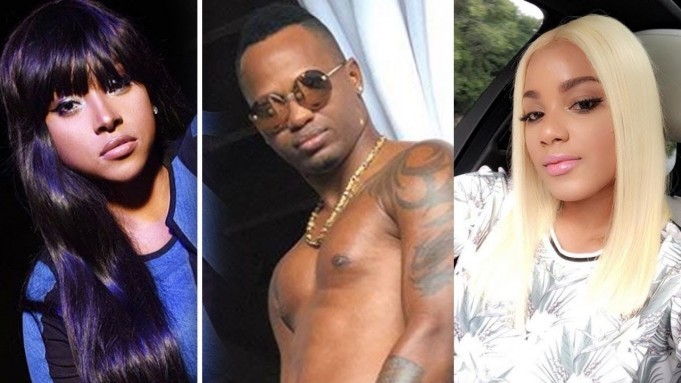 There seems to be trouble in the dancehall and sporting camp. Yanique Curvy Diva is alleging that Marlon Samuels has threatened her and she has reported him to the Police.

She claims he has taken her phone and is threatening to leak the photos that are stored on it. Marlon Samuels would be super foolish if he was to do something like that. He could be charged for a number of crimes and seriously get himself in trouble.

her full statement below Mi style yuh and mi wicked cause mi nuh wah yuh? I will never beef with Ishawna or any dancehall fraternity member over you. I am tired of the threats and throw words. No matter how much a yuh fren dem call mi, I am not interested. Yuh tek mi phone and threaten to release my personal pics, yuh call mi producer begging them to bring you on Magnum show. Yuh come Magnum and bad up the security. Mi try release a song thinking you would stop, yuh mek yuh goons dem call down mi phone. Mi try to be nice and calm but mi realize yuh nah stop. I’ve been a victim of Domestic Violence for years and now mi single and stress free. Yuh tell mi that you have the handle and i have the blade, well cut mi cause mi nah tek no more a yuh threats a nuh me alone a public figure. Mi nah be silent and anything guh happen to mi. Mi a tek it to the public, mi a chat it inna mi music and I took it to the police, Cyber crime department and mi lawyer. #Enoughisenough #harrassment #stalker #womensrights #Ihaveachoice

Is this for real or is it a publicity stunt? who knows. The threats to release her phone pictures and the reporting of the incident makes it sound like a serious matter.

Yanique Curvy Diva and Marlon Samuels were allegedly dating up until recently. The fact that he could take her phone shows that there must be some kind of linking going on between them. I doubt he robbed her at gunpoint.

What happens when you take sides in man and woman affair? they usually make up again and you end up looking like an idiot. I am not saying we shoudn’t care about Marlon Samuels allegedly threatening Yanique but instead just proceed with caution. The story is too fresh and not enough information is available.