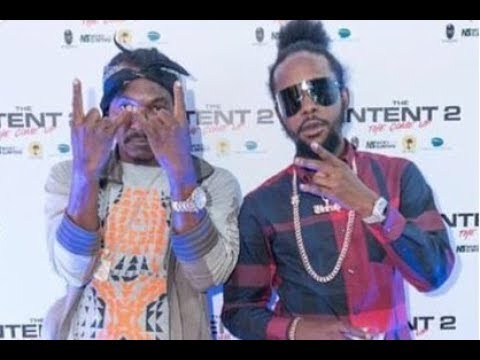 The Unruly camp is now in mourning as news broke that Shagel, a close friend of Popcaan was killed at the deejay’s Cherry Garden home.

It is being reported as a home invasion, where a group of men broke into Popcaan’s home and stole a number of items.

Shagel is a trusted member of Popcaan’s unruly camp and was the one who was looking after the deejay’s house while he is on tour in the UK.

Unfortunately, Shagel lost his life after being stabbed repeatedly.

On the hit song “Family”, you can hear Popcaan shouting out his now deceased friend. In that same song, he mentions that he doesn’t trust some of his friends in a cruel twist of fate that has now become a reality.

This was set up by people in Popcaan’s circle

There is no way anyone is just going to cruise through Cherry Gardens of all places and look for a random house to run into and rob.

The only person who got killed was Shagel, the other people in the house were tied up and left alone.

Popcaan had only just posted online about his sold-out shows in London and was on a high. This news could not have come at a worse time for the deejay. He will now have to put on a brave face and still perform for his British fans.

Dancehall artistes are very susceptible to this as they hang around with more people than the average citizen. This makes it easier for people to study them and set them up.

A lot of the people who hang out with these entertainers are also ungrateful and lazy. They will get handouts for years and the one time they are told no, they start to think evil thoughts.

Currently, there is very little information about who the perpetrators are but when the smoke clears and the truth is revealed. Listen out to hear that someone inside the camp played a role in Shagel losing his life and Popcaan’s property being violated.

Popcaan needs to lock up his house and put one of these security companies in charge of watching his property. This ‘bag a man’ business always leads to disaster and problem.