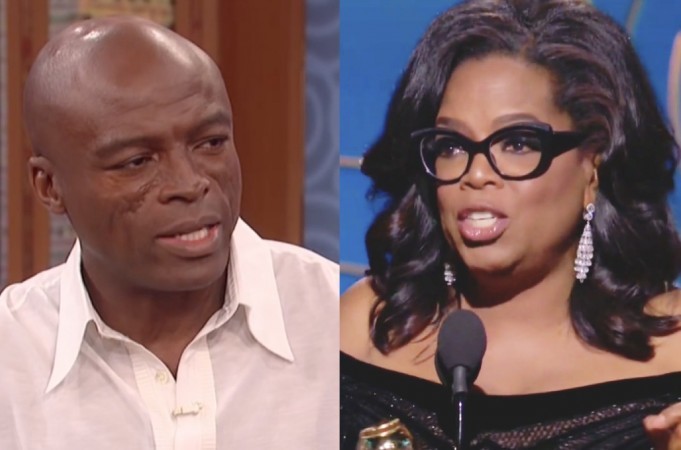 Seal has called out Oprah Winfrey on social media after her now famous speech at Golden Globe Awards. Oprah Winfrey delivered a memorable speech that had some people saying she should run for President in 2020. Of course, not everyone was drinking the kool-aid and Seal was one of them.

The superstar went after Oprah because she was friends with Harvey Weinstein, seriously molester from Hollywood. She allegedly knew about the rumours of him sexually assaulting women but did nothing like his other famous friends. Seal is calling her out for suddenly being righteous and holy when it is convenient.

In my opinion, Seal is a celebrity so he probably knows more about the Hollywood world than most of us. He must have good information to come after Oprah like this. Those photos of her and Harvey Weinstein are very damning though as this guy has been accused of molesting women for a long time. She seemed to be a real fan of his. Oprah isn’t a divine being so it is likely she did what a lot of people do; preach one thing and do another.

Some people might be disappointed but most of us already know these show business people are different in real life from their on-screen persona. This is why you should not place your trust in human beings.