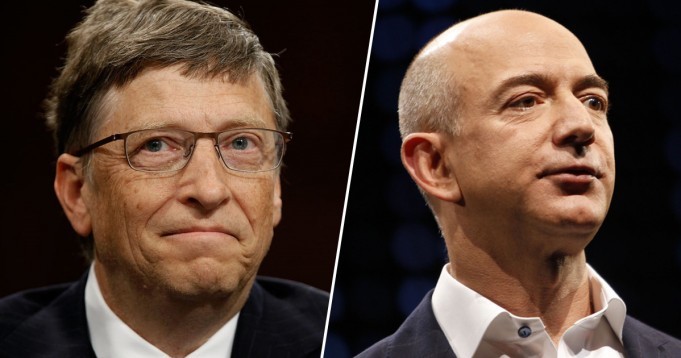 The name Bill Gates is stuck in everyone’s memory as the man who consistently comes out on top of the world’s rich list year after year. He has been surpassed a few times but he usually ends up getting back to the top again. The current cash king is Jeff Bezos. Who is that? he is the man who owns Amazon.com.

His net worth has increased by over $50 Billion in the last two years. To put that into context, I will not even compare it to Jamaica. That is more than the GDP of Ireland over the same period. He is now worth a staggering $104 Billion and it is still increasing every day.

he could pay off Jamaica’s debt by himself

He is now so wealthy he could fix every pothole in Jamaica by himself with just his pocket change. Although if he used the contractors we have now the road would dig up again within 2 weeks, facts. All fun and joke aside, when you look at the rich list for the rest of the world it really is eyewatering numbers. There are literally thousands of people who are richer than Jamaica’s entire GDP.

For those who are not aware, net worth does not mean bank account balance. It means after debt is accounted for, this is the total worth of all his assets right now. So he doesn’t actually have a bank account with $104 Billion sitting in it as some incorrectly think. He would need to sell his stocks and shares to see that money.

His net worth can also drop by $50 billion over the next two years and that is the reality of the stock market. This is just apart of the investment game and to be honest, at that level you don’t even notice another billion. That might sound incredible but if you are worth $50 Billion and it rises to $51 Billion, your life has not changed in any way. If you are worth $500 and then the next day you are worth $1 million then that is life changing and mind-blowing!